Thinking Outside the Bag - A Case Study

Giant Inflatables Industrial was approached by Paul Freimanis – HSE Advisor at Jacinth Ambrosia Mine and his team to design and build an inflatable air bag to fill the void under their MUP tracks.

The idea was to create an inflatable bladder to prevent dirt ingress and save an extensive manual handling task. The area in question was below the track systems of a large mobile machine (MUP) on site. 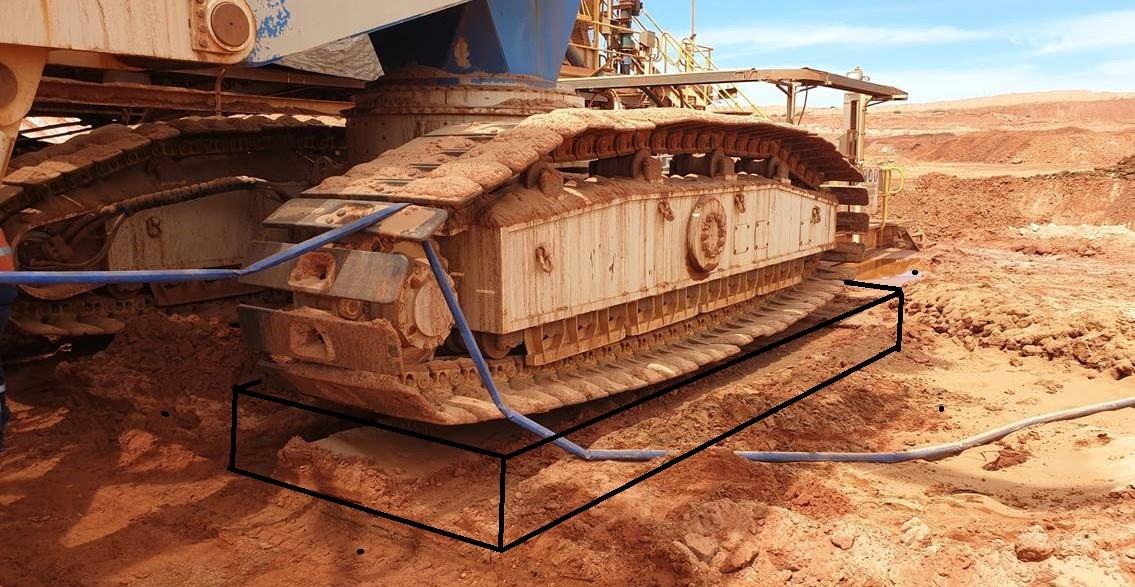 The tracks (see picture) are only lowered to ground level every 6 weeks or so. During that time the build-up of extremely briny sand / slurry occurs (hence tracks being raised).

Before the machinery was able to move, area under the tracks had to be cleaned out to be as flat as the original compacted base. Then the tracks were lowered again for the machinery to continue its job.

The team in charge of shovelling came up with an idea to fill this void with an air bag, or something similar, when the area was fresh and clean. This would therefore make for minimal work when the removal of any slurry had to be made.

The air bag could be filled with compressed air but must be fairly light, as it would have to be manually handled. Each track could have several bags depending on their weight. At removal, the air bags should not be fully deflated as they would be refitted within 24hrs, during a course of 6 weeks.

Iluka’s Jacinth-Ambrosia operation in South Australia is the world’s largest zircon mine. Comprising of two contiguous deposits, Jacinth and Ambrosia, the mine is located approximately 800 kilometres from Adelaide and 270 kilometres from the Port of Thevenard. The Jacinth-Ambrosia operation encompasses mining and wet concentration activities with heavy mineral concentrate. The operation is capable of producing up to approximately 1000 tonnes per hour of heavy mineral concentrate, which can produce up to approximately 300kt of zircon per annum.

The main product produced from Jacinth-Ambrosia is zircon, which is used in the manufacturing of ceramics, including floor, wall tiles and sanitary-ware, as well as in casting and foundry applications. Zircon is also used for the manufacture of zirconium chemicals that have a range of derivative applications, including zirconium metal. 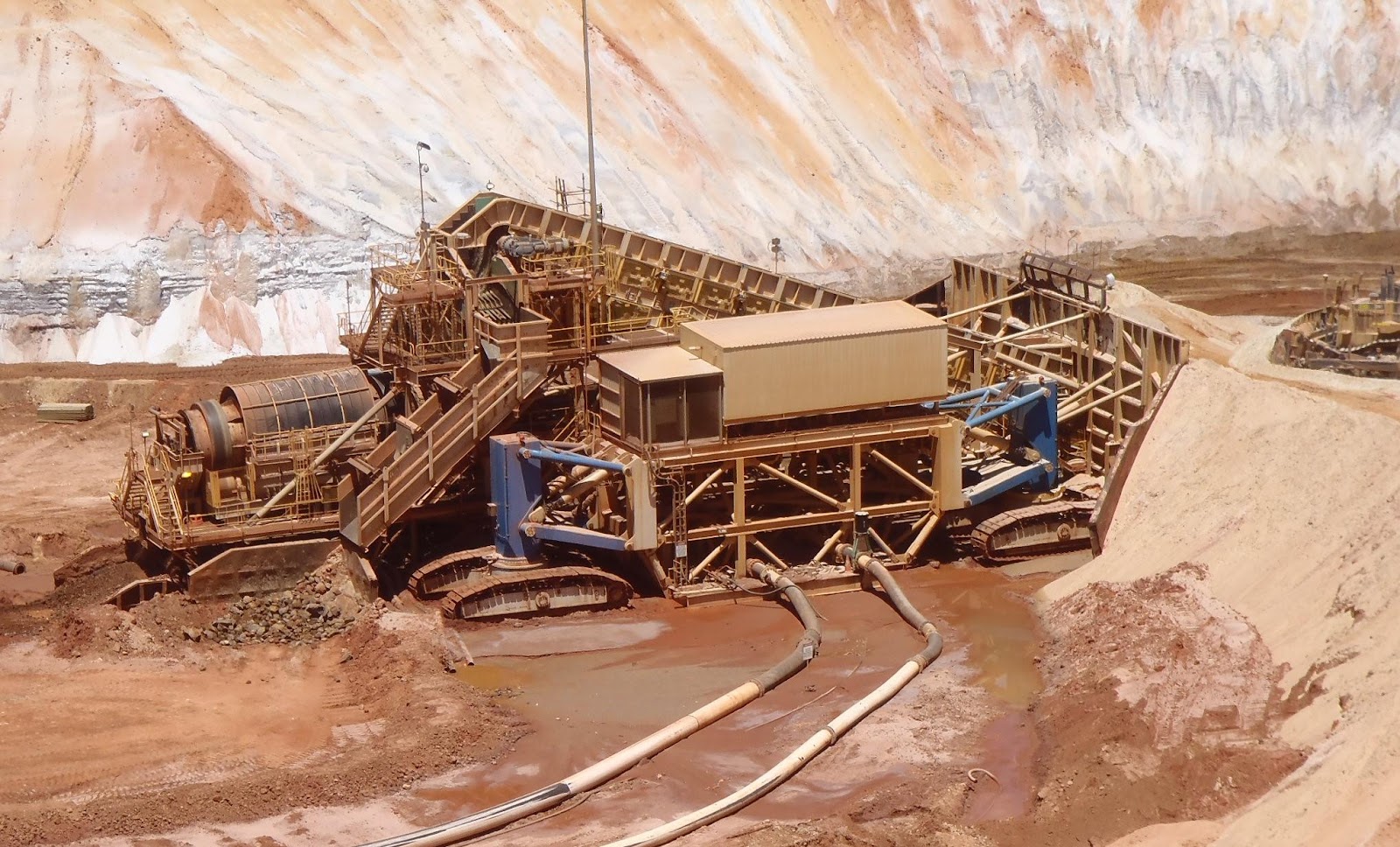 With dry mining, the ore is typically deposited into a MUP [mining unit plant] mining unit or hopper, adjacent to the active mining area. The ore is fed to the hopper by front-end loaders, dozers, scrapers or trucks. 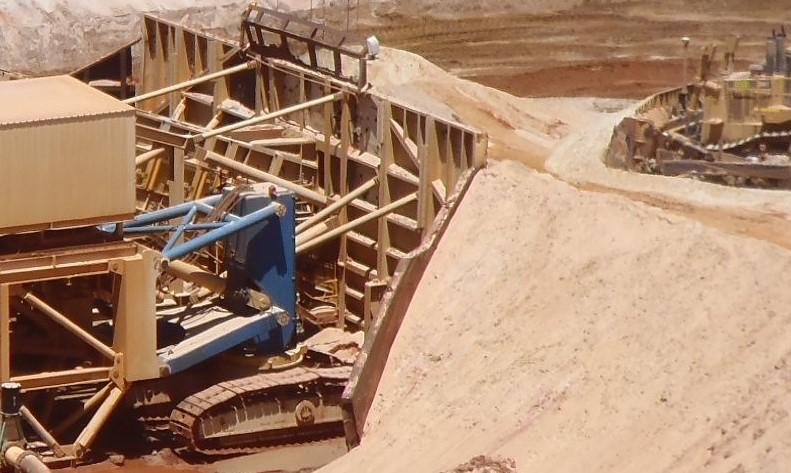 The semi-mobile mining unit plant (see picture) with a feed capacity of 1,400 t/h, is positioned in front of the block that is going to be mined, and dozers push the mineral sands to feed it (Figure).

During the operation of moving the mineral sands into the hopper, deposits of this sand are accumulated on and around the tracks of the MUP machine (see picture). 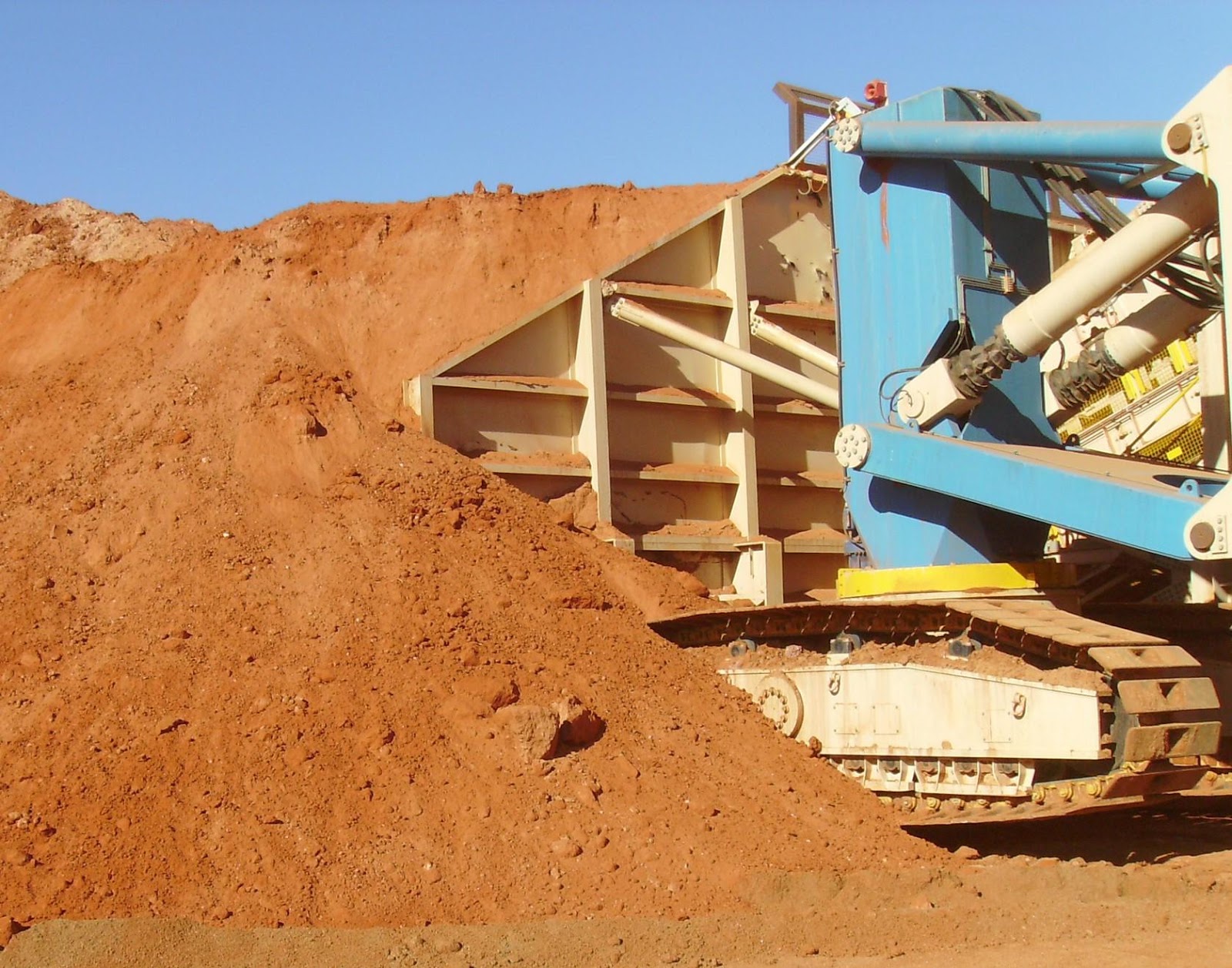 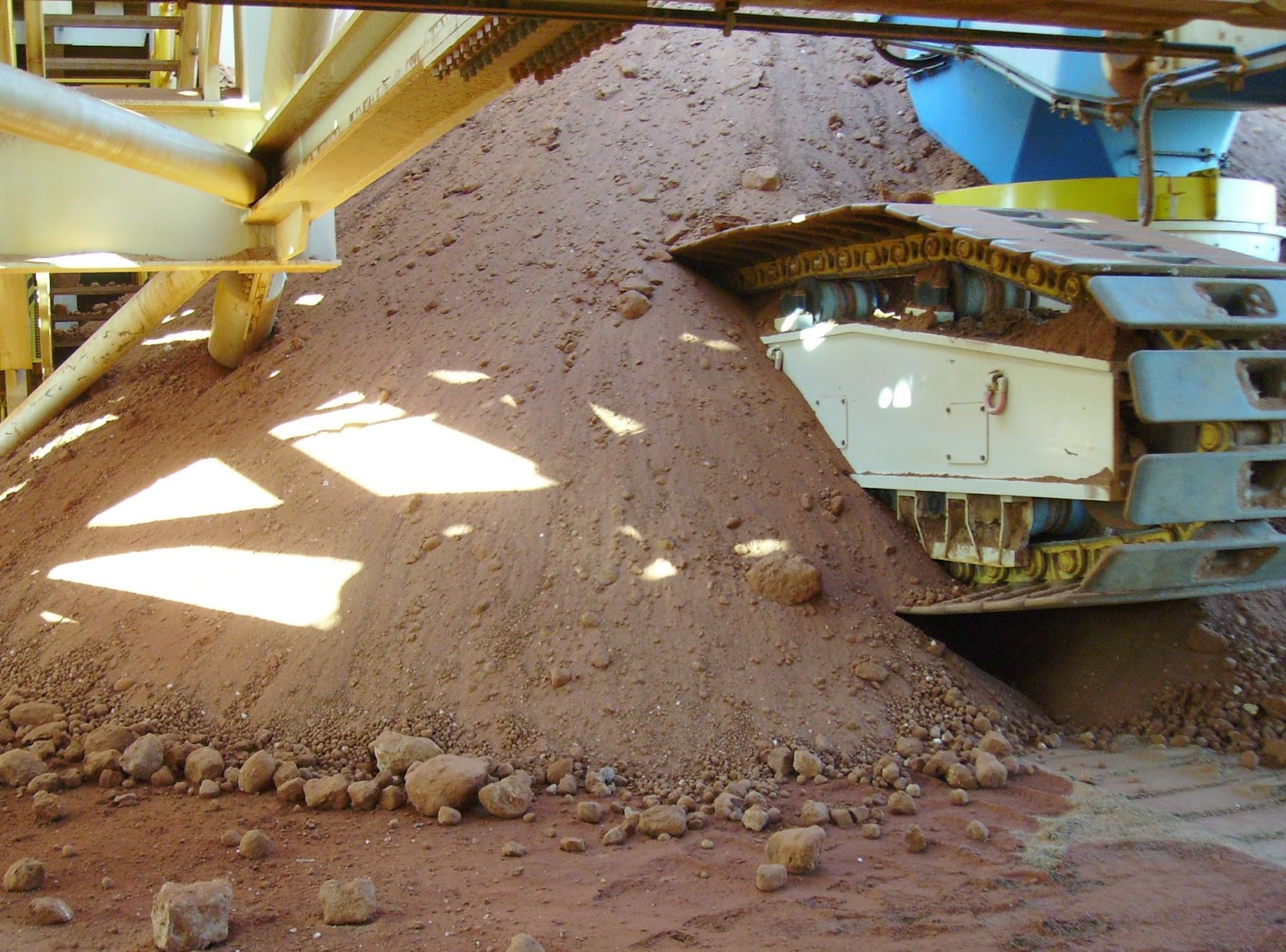 When the block being mined is completed, the MUP moves to the next block.

However, to accomplish the move the tracks have to be lowered to the ground and be free of sand, which is a very significant operation.

The challenge was how to keep the undertrack clean and free of sand.

A cost saving idea of using an inflatable bladder to prevent dirt ingress and save a huge manual handling task.

The Solution - Thinking outside the bag

The Brief was well defined and based on a very simple idea. For the Giant Inflatables Industrial team, we just needed to clearly understand the scale of the bag we were to create. The technology we thought we should use was a tried and tested and a very trustworthy technology that had been used many times before. 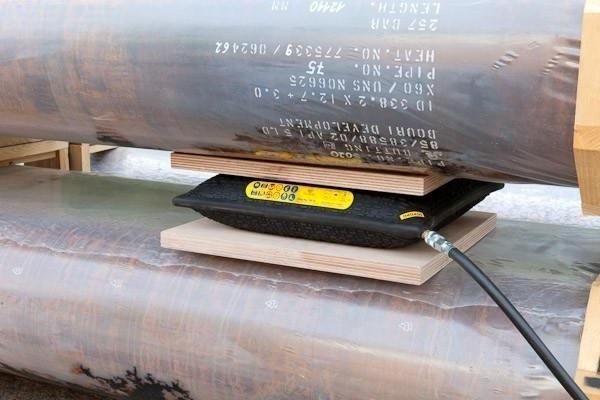 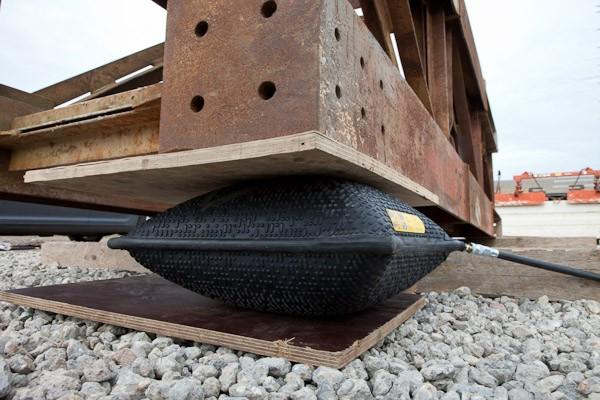 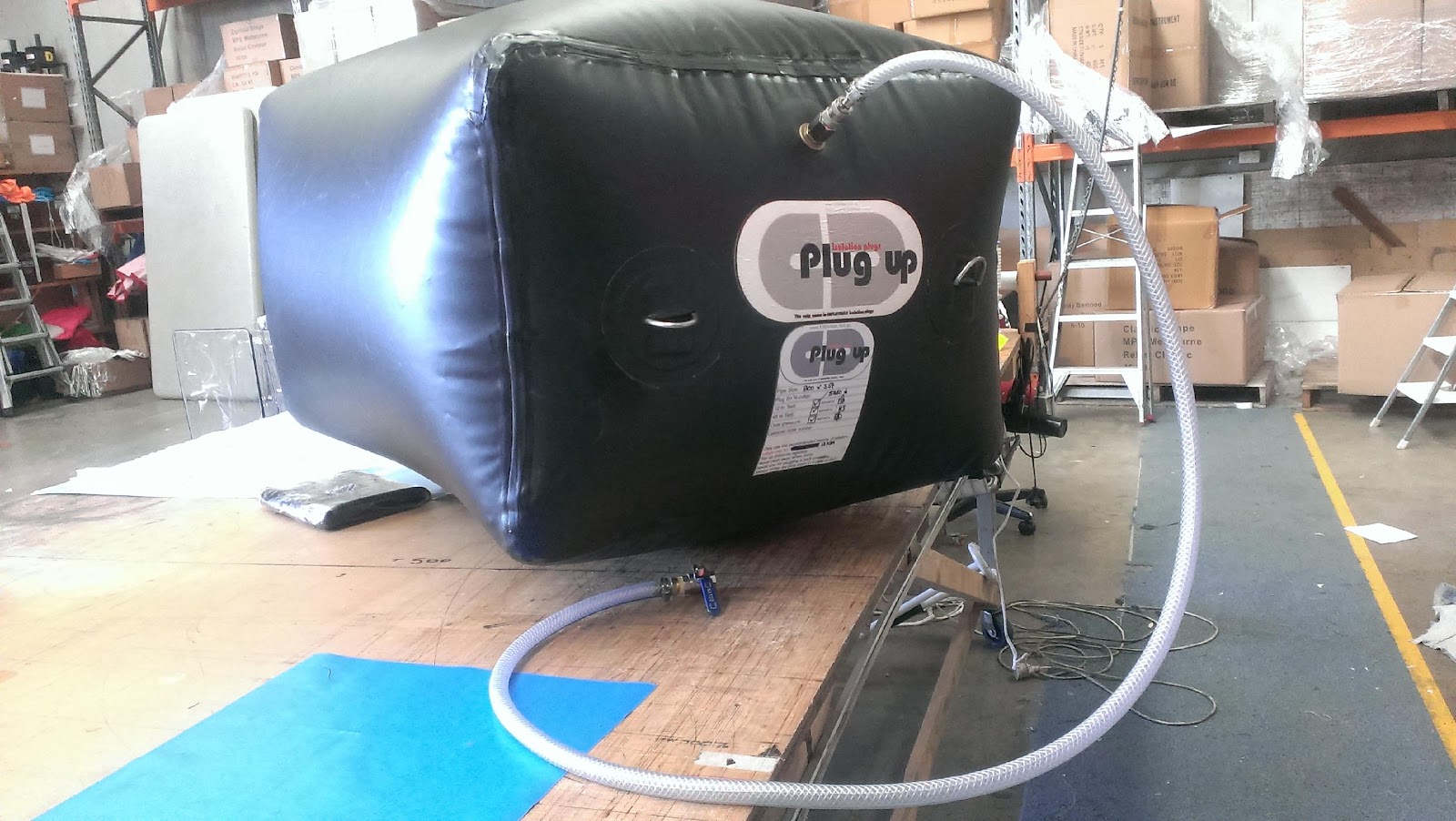 We had to consider the manner this was to be deployed and the effects of the environment on the life of the unit. Being in the sun as well as in a saline slurry were considered as a serious design consideration. Airbag systems we had deployed previously were known to be simple to use by inexperienced operators and were robust but were typically used for short durations. The resulting solution was a hybrid that married a robust bladder with a very durable and UV resistant skin that could be cheaply replaced when required. 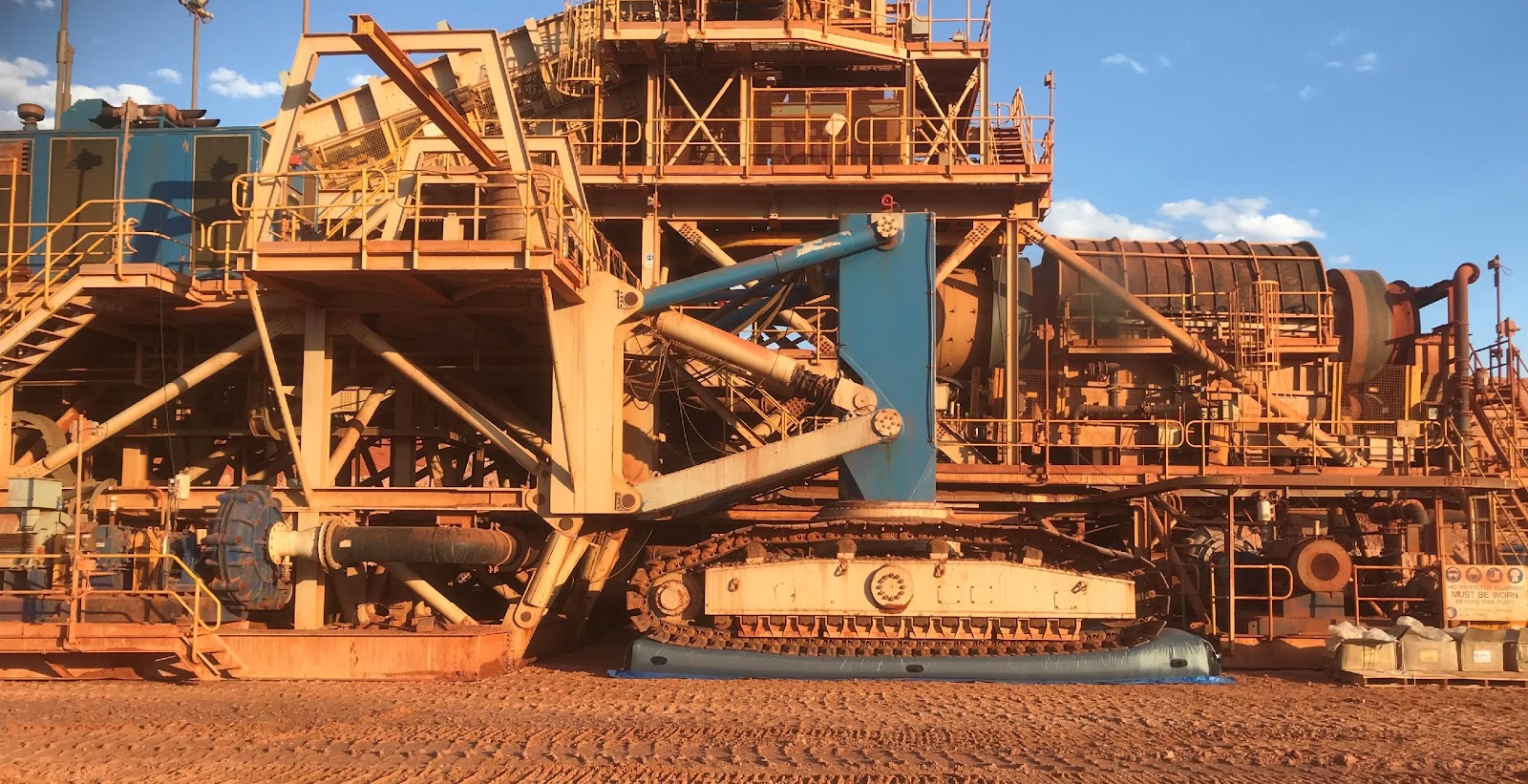 Our simple and elegant “powered by air” solution that saved a lot of labour met the expected KPIs and delivered a formidable ROI to the operation. 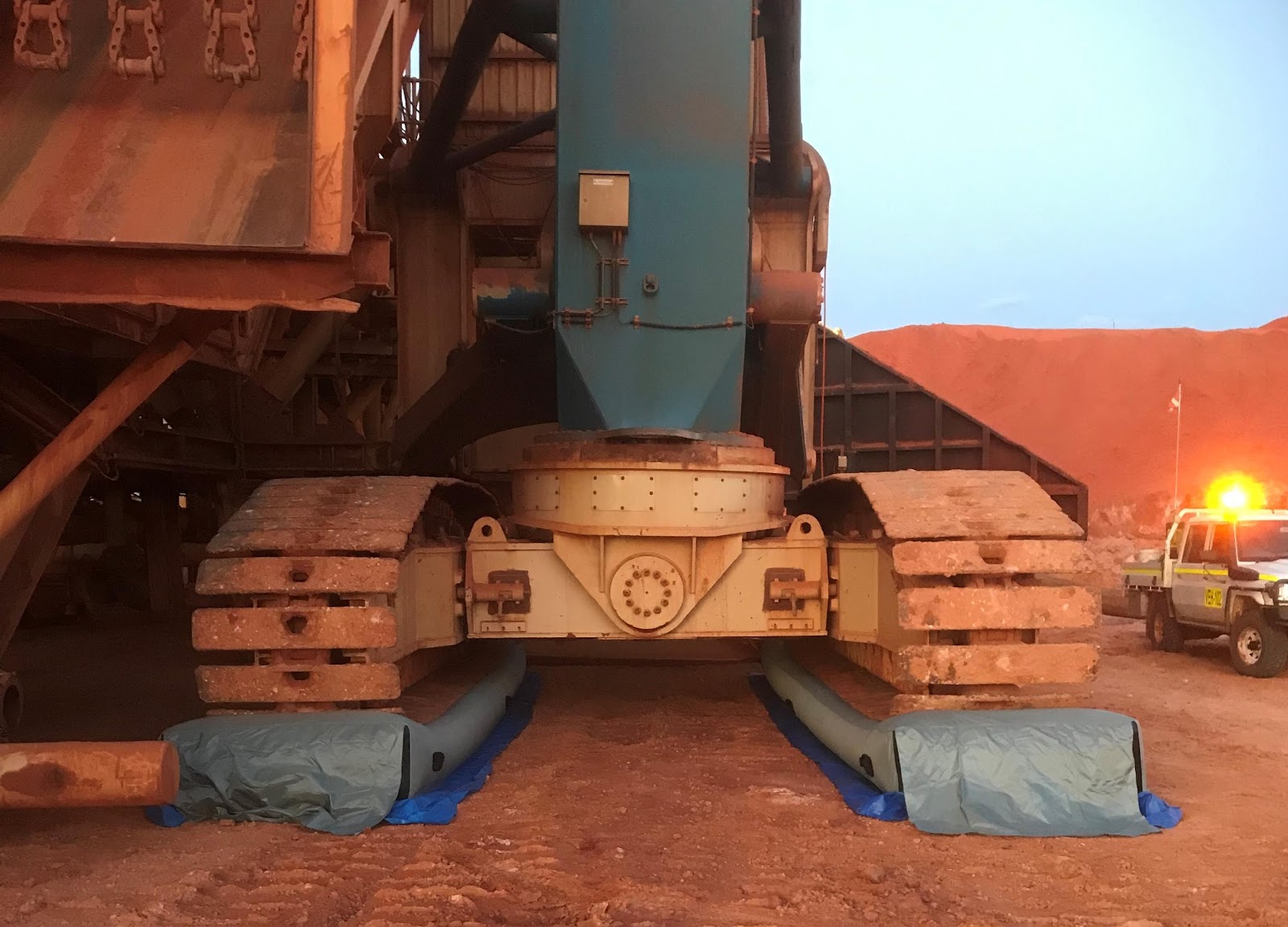 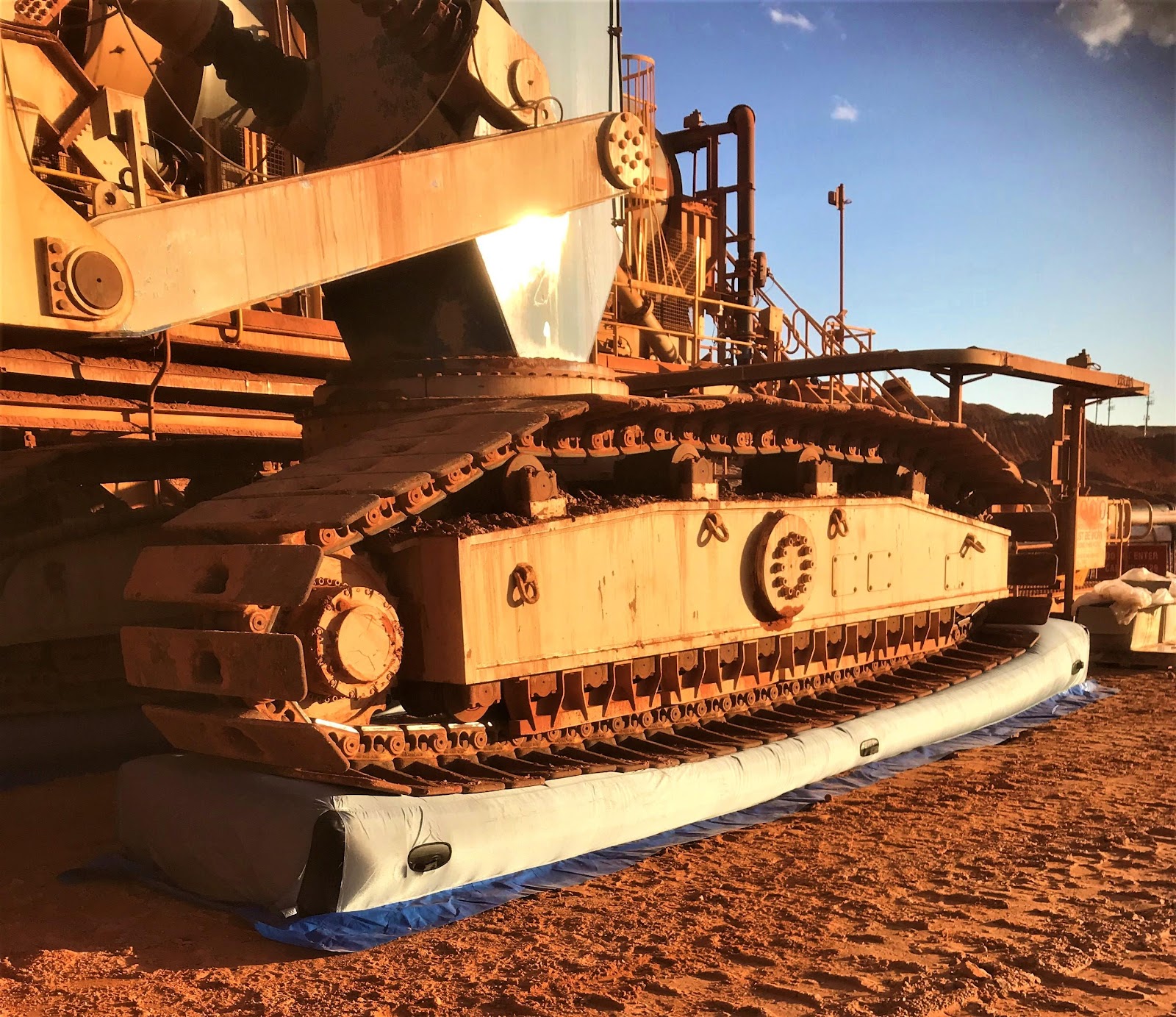 Our collaborative design process makes it easy to explore ideas that our clients and their teams may have but are not sure if they are workable. Our multi-disciplinary teams have a vast array of industry and production experience. We know our materials and technologies well and are constantly researching new materials and production technologies to enhance our offer. Based on our vast experience we can then offer a mix and match solutions that draw from a vast array of successful projects over the 23 years of our operations.

By having an in-house design and engineering team, Giant Inflatables Industrial can provide customers with products specific to their exact needs. All our customers’ requirements were met, and the product was able to achieve the exact specifications it was created to do.

Giant Inflatables Industrial is regarded as the industry leaders in inflatable, portable and temporary inflatable products and structures. The significant cost and time saved by our inflatable air bag highlights out role as the future for the industry. 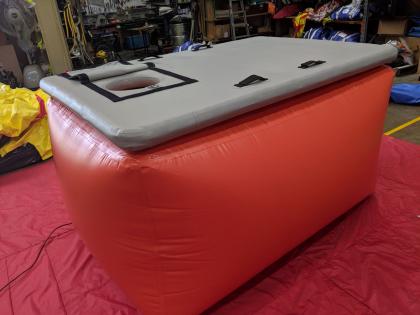 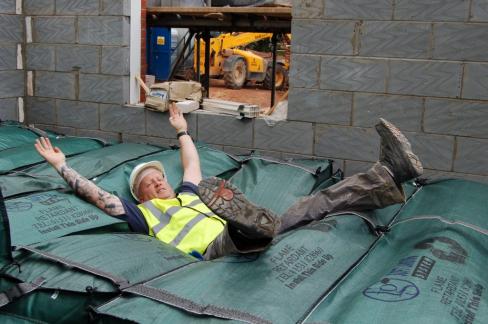 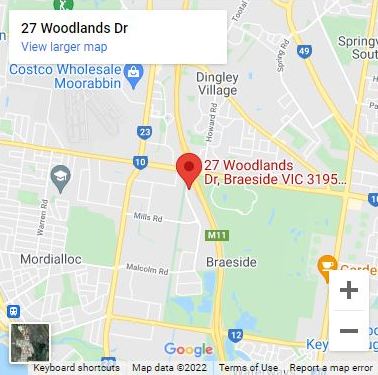